The scientific secrets for a LONGER and Straighter drive

The BioSwing video shows you how to hit the ball further, while minimising stress and strain on your body ... 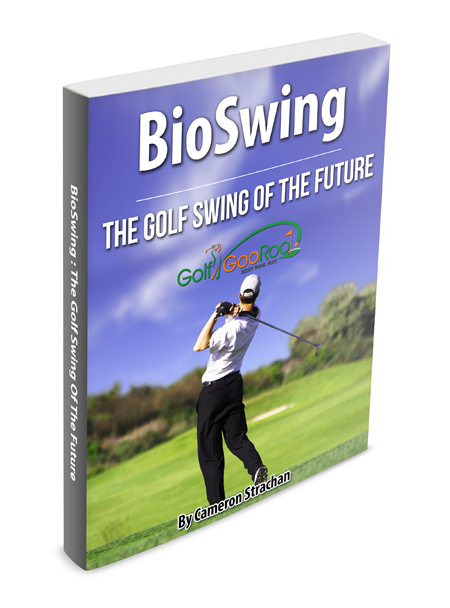 The Truth About Owning
A Better Golf Game

The biggest myth in golf today is that power is generated by the "big muscles". These include the muscles of the torso, hips and legs. This instruction causes 3 main problems and is the reason for high handicaps the world over:

Unfortunately, the vast majority of golfers have been misled by this myth and now is the time to put it to bed forever.

A Very Small Shift In Mindset

Imagine that you want to punch somebody hard  but the only proviso is that you must have your arm straight. Try it - can you apply any power?

If you keep your arm straight you have no means to generate any speed. You'll have to slide and lunge with your body in a vain attempt to find power. Even then, you'll only be able to produce around 5mph of speed, not much and unlikely to hurt anyone.

If you bend your arm, even slightly, it's a different story. You can create massive speed and put your opponent in hospital if you wanted.

Now to apply this concept to your golf swing

A swing that resembles the straight arm punch means you're never able to produce a swing that gives you great power and distance.

The straight arm is just one of the many myths in the game of golf that are holding you back from playing to your full potential. Such myths make learning a golf swing difficult and ultimately, a consistent game impossible. Worse, many of these myths for the backbone of modern coaching and they are sapping the enjoyment from the game. It's time for a change:

There's plenty of proof to suggest that that some of the fundamentals of the golf swing could do with some overhauling;

You can incorporate better and more reliable technique into your game. But first, let me tell you ...

How do I know all of this?

I helped commission and then was part of a major scientific study into the golf swing. This was not pseudo science - it was one of the most comprehensive study of its kind ever undertaken on the golf swing.

The research was the first 3-dimensional and full body analysis while simultaneously testing motion and muscle activity. The study was conducted at two universities and performed by an international team of bio-mechanists. The research scientists came from New Zealand, Germany and Canada and were all experts in their respective fields. The testing protocol included,

To top all this off, the data was plugged into a mathematical model of the human system, giving the scientists, maybe for the first time ever, insight into what happens in a golf stroke. They were able to peek deep inside the swing and get an understanding of the forces involved and how power is applied.

It didn't stop there. I then worked one on one with the research team to translate the data into a useable golf swing model. It took nine months of painstaking effort with further research and field testing carried out.

The end result was a simple (but highly accurate) golf swing model. It impressed one independent scientist so much he described it as the "golf swing of the future". The best news is that this information is now available and provides the secrets to owning a powerful swing while expending the least amount of effort.

We call this swing BioSwing and it gives you a mechanical and mental advantage because it works in with the natural laws of your body. Who wouldn't be confident when you have the "right" information at your disposal?

BioSwing has been presented all over the world. It featured as a 90 minute applied symposium at the International Society of Biomechanics in Sport conference and was witnessed by professionals from the Canadian and USA Golf Association. The swing has also been shown in Dubai, China and Australia to a range of PGA professionals and golf enthusiasts. Here's your chance to get the latest BioSwing Video 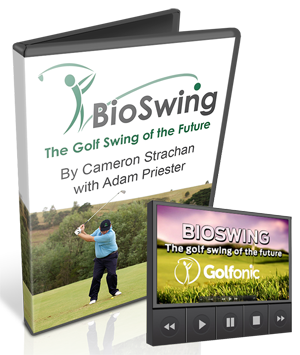 You can get the full version of the swing in a professionally produced and edited 20 minute video and supporting E-book. All items are delivered electronically i.e. nothing is posted to you in the mail. Access is instantaneous and you'll receive a special link and password after order. Cost is only $37 (this package has sold for as much as $99)

Yes Please! I'd like to see more of BioSwing

Cameron Strachan is a below scratch golfer who has devoted over 20 years to the golf improvement process. He has written over a million words on golf and has developed a learning system that makes golf improvement no harder than riding a bike or driving a car. In 2012 he set up his own Golf Coaching Paradise on the Sunshine Coast.

Yes Please! I'd like to see more of BioSwing