Some interesting thoughts on coaching from a golf nutter...

“Proper” coaching makes golf fun. And don’t think this is some airy fairy way of playing golf. When you’re coached correctly you get improvement and with improvement comes a deep satisfaction. And this is truly fun.

Evan wrote the introduction to my golf book, Secret Confessions of a Rogue Golf Coach. He was a mentor of mine who helped me get my business out of first gear. He was a bit of a golf nutter who couldn't get enough of the game. Here's what he had to say about how I helped him...

I first met Cameron when he was teaching from an indoor studio in Melbourne. I had seen an advert in the local golf paper and I was intrigued to learn more about this guy claiming he had a better and simpler way of approaching golf.

I was interested because I had known Cameron through the Victorian amateur golf scene. He could play quite a bit and actually made a bit of a splash a few years earlier, when he turned up, almost out of nowhere, and started winning events and performing consistently. So I knew he could play and he wasn’t just some “internet” guy peddling some rehashed information or looking to make a fast buck.

He was sort of inspirational too - he had once been a PGA Professional - but felt so strongly about the poor level of coaching during his training, that he decided to pack his bags and go it alone. There aren’t many people that have the courage to buck the system - let alone stand up to over 100 years of tradition in such a conservative sport. But Cameron isn’t afraid, and in my opinion, this is his greatest strength.

His 60 minute lesson blew my mind (he actually over-delivered and gave me close to two hours of his time). Up to that point I had been some sort of golf tragic - having spent thousands of dollars each year on golf clubs, devices, lessons and magazines. I believed I had heard it all and wasn’t quite ready for what I experienced.

Cameron spoke in a different way, he was calm and had an inner belief about what he was doing. He wasn’t interested in my ball flight or how good the shot was - but he was fascinated with MY feedback. He kept at me to tell him more about each shot,

“Evan, how did that feel?”
“Can you feel any difference to the last one?”
“Why didn’t you like that shot?”
“Can you hear the clubface strike the ball?”
“On a scale of 1 to 10, tell me how you’d rate that shot?”

At first I was a little uncomfortable. It was strange for a coach to ask these sorts of questions. Normally, you rock up for a lesson and get told what to do or work on a specific part of your swing. But this is NOT how Cameron teaches. Actually, he hates the word “teach” and prefers “coach” or “coaching”. He says “teaching” is just telling someone what to do and is all about conforming to the norm. And it’s the reason why most of us dislike school so much - we get told what to do. But we’re not encouraged to,

For the most part, teaching is all about getting you to conform and not buck the system. Cameron says modern golf is more about teaching. Shame really. But coaching, well, this is an entirely different story and something that Cameron is incredibly passionate about.

“Proper” coaching makes golf fun. And don’t think this is some airy fairy way of playing golf. When you’re coached correctly you get improvement and with improvement comes a deep satisfaction. And this is truly fun.

I went from that first lesson with my head abuzz. I was pumped. Cameron showed me some things and made me realise I’d upset my natural learning system - despite my best intentions, all of the lessons, clubs and gadgets had interrupted my system.

I’m a technical sort of guy. I work in IT and it can be hard for me to let go. But this is exactly what Cameron got me to do - he asked me to “remove the straitjacket” and see what would happen. He told me to “man up”, to be brave and walk towards the apprehension I was feeling.

To my surprise, by using less thought and analysis I could still hit the ball. I couldn’t believe it! I was actually able to hit the ball better by trying less. I know this goes against the grain, but this is exactly what Cameron likes us to do. Break some of those old-fashioned rules and go for it.

My first game out after the lesson was one of my best. A 68. I had a freedom I hadn’t felt in years and it was like being a kid again. It was the first time in a long time where I had truly played the game - I forgot about the swing, score, handicap, playing partners and all the stuff golfers like to worry about. I teed my ball and played.

If your golf has hit a roadblock, I can guarantee you’ll get something positive if you stop trying so hard. It’s simple advice, but is a fundamental of Cameron’s coaching.

Over the next few months I caught up with him regularly - I became his business mentor of sorts as I helped him spread his word to a wider golfing public. As a complete golf nutter, and someone who can’t get enough of this crazy game, I wanted everyone to experience the magic of his coaching ideals.

Throughout the year I quizzed him with questions, took notes and we even recorded a conversation.

This book is the result of our conversations and I doubt you’ve ever seen anything like what is presented. It’s an honest look at the golf instruction industry and why it has failed you. It also goes deep into the correct learning process and highlights Cameron’s unique golfing path. Cameron has created a fun and fresh golf learning publication and has presented it like only he can.

This work will change you, of that I’m sure. The only question you need to ask is, are your ready for it? The coach will only appear when the student is ready. And like me, you may have to take a deep breath and be brave. None of what Cameron coaches is going to hurt you or your game, but it’s different so many will resist the message. Don’t. Apply what you learn because it really will change your golfing life.

Read every word and hear the passion of a guy who really understands this golf coaching caper. It’s my pleasure to introduce to you my coach, good friend, master golfer and golf coach, Cameron Strachan, as he shares with you how to play Remarkable Golf. 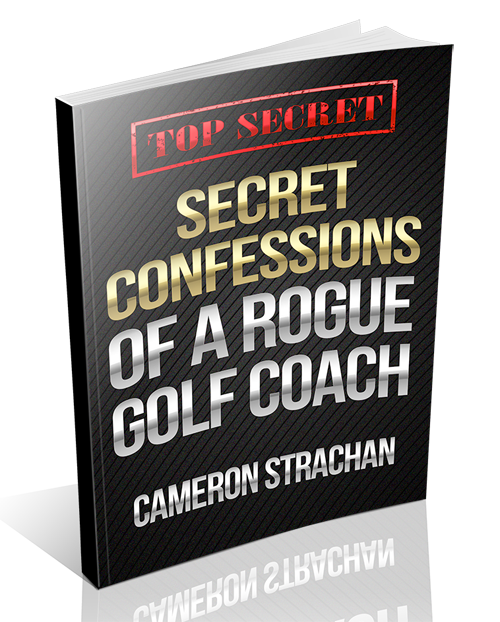